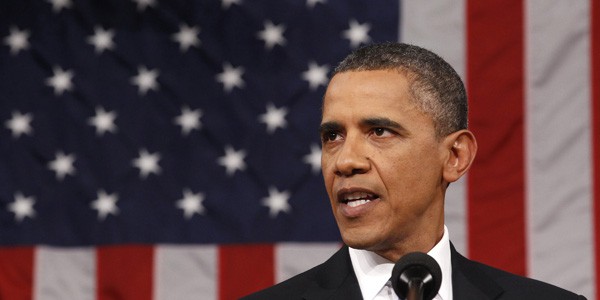 NOTABLES
‘WE DON’T HAVE A STRATEGY ‘: President Obama said that his government doesn’t have a strategy to fight the militant Islamic group ISIS that’s captured big balls of Syria and Iraq. When the president was asked if he’d seek Congressional approval for U.S. assaults on ISIS goals in Syria, he replied, “I do not need to put the cart before the horse. We do not have a strategy yet,” ABC’s John Parkinson and Erin Dooley report. “Some of the news reports indicates that people are becoming a little farther ahead of where we are at than we now are,” he added.
MORE ISIS ON THE CAMPAIGN TRAIL: It is only a Web video, not a TV advertisement with cash behind it, but Scott Brown has posted a one-minute YouTube clip reaching President Obama on Ukraine and ISIS. “There are several problems to the table right now that are changing our foreign policy, but we’ve one of the very incoherent foreign policies right now,” Brown alleges in it.
GOP ’16ERS @ AFP SUMMIT: Americans for Prosperity–poised to be the most powerful conservative group in the country this year, and one of the most powerful and most significant spending across the political spectrum this year and in the looming presidential race–will sponsor prospective Republican White House aspirants at its Defending the American Dream Summit in Dallas. Now Ben Carson, Rick Perry, and Rand Paul discuss; tomorrow, Ted Cruz.
OBAMA FUNDRAISING NOW. For the 3rd time this week, President Obama will spend the day from the public eye, the Mary Bruce reports of ABC. He will spend the day fundraising off camera for the DNC and DCCC in Newport, NY, and Westchester, RI.
GOOGLE DOES DRONES. Google[x] declares in a press release that it is been trying out home delivery drones in Australia. From Google[x]’s timeline of the job, August 2014 entrance: “Team travels to Queensland, Australia, for first delivery flights to actual individuals using prototype vehicle. Two farmers receive cattle vaccines, dog treats, candy bars, water, radios, and much more. Nick [Roy, of MIT Aeronautics & Astronautics] heads back to MIT. Dave Vos, a longtime specialist in automating systems for air travel, joins to direct the team from research to merchandise.”
THE ROUNDTABLE
ABC’s JEFF ZELENY: Those five words from President Obama, “We do not have a strategy yet,” will hang over the argument as the U.S. prepares to face Islamic extremists in Syria. His comments stood in sharp comparison to those from his top military advisers, that have been radically escalating the urgency of the danger presented by the Islamic State in Syria and Iraq. The phrasing of the president might have been inartful, considering how quickly the White House ran to clarify he just meant there was no imminent plan to start air strikes. But the actual goal was carried by those five words: The president was sending a signal to Congress that he is really not made a decision. There’s been raising worry — among Democrats, in particular — that the Pentagon was on the brink of starting another full-scale assault in the Middle East. His words were meant to assure Congress that he’ll seek their support if he really does decide to act. But by declaring in does not have a strategy, did he make that sales occupation more challenging?
ABC’s RICK KLEIN: There are carts and there are horses, and there are last chances to wear your tan suit. Then there is the gaffe – and that is what it was – by President Obama: “We do not have a strategy yet” to fight ISIS in Syria. The White House cleaning efforts are focusing on the Syria part of that equation. But that does not make it considerably better: We understand ISIS is deeply in Syria, and the “S” in “ISIS” is for … “Syria.” Beyond that, the statement damaging is the fact that it sabotages the president from almost every focus. Republicans are pouncing for fairly apparent reasons, seeing at an indicator of weakness and presidential vacillation. The statement reinforces liberals’ worry that airstrikes are taking place without a more comprehensive strategy setup. As well as the president heads huddle off with NATO allies next week together with the use now on record saying the country does not have a strategy just yet.